Why Seek Wisdom In Aphorisms? 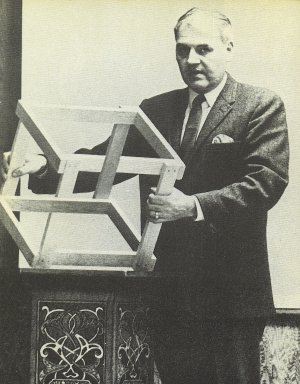 I have always enjoyed reading something that said-a-lot in few words. When I was choosing a major field of study in college, a counselor was discussing with me the various possibilities. She asked me why I was in college and I immediately answered, “To become educated!” She then told me, in order to increase the chance of getting a degree in four years, I should decide on a major now.

You see, this conversation with the counselor was taking place when I was enrolling in college and really had no idea of what I wanted my major to be. Her next question was the one that directed me towards mathematics. She asked, “What do you like to read?” I answered, “Writing that says a lot in a few words.” She then said, “Sounds like you want to learn through aphorisms.” I responded, “Well, I guess I do.” (note: I really had no idea what an aphorism was; I didn’t want to appear stupid:-) After that we arrived at, through a process of elimination, my choice to major in mathematics. Why? Well, a page of mathematics can say a lot, and although what is written may not be words, there is usually a multitude of thoughts expressed in a few characters.

Santayana: “Those who cannot remember the past are condemned to repeat it.”

So, why seek wisdom in aphorisms? For me, aphorisms (a concise and/or witty statement of wisdom or opinion) are easy to remember and to mentally grasp. For example, I have used the following aphorism many times throughout the last thirty years: “Metaphorically speaking in education, the journey is more important than the destination.” Here is an example of a well-known aphorism from George Santayana: “Those who cannot remember the past are condemned to repeat it.” Mark Twain is given credit for this one: “Believe nothing you hear, and only half of what you see.”

Friedrich Nietzsche was well-known for his aphorisms and many were controversial due to being at odds with the status quo. Here’s an example from Nietzsche’s writing: “That which does not destroy us makes us stronger.” That one is rather mild compared to some of the other aphorisms he is credited with. Here is an example of his more controversial aphorisms, “He that humbleth himself wishes to be exalted.” I can see why it is considered controversial. Just because someone is humble, in my opinion, doesn’t necessarily imply he wishes to be exalted. Of course, I’m sure many, at least secretly, wish to be exalted because of their humbleness.

Nietzsche: “That which does not destroy us makes us stronger.”

1. There are no facts, only interpretations.

2. Morality is but the herd-instinct in the individual.

3. No one talks more passionately about his right than he who is in the depths of his soul doubts whether he has any.

4. A casual stroll through the lunatic asylum shows that faith does not prove anything.

5. The Kingdom of Heaven is a condition of the heart — not something that comes upon the earth or after death.

6. People who have given us their complete confidence believe that they have a right to ours. The inference is false, a gift confers no rights.

7. Without music, life would be a mistake.

9. In truth, there was only one Christian, and he died on the cross.

10. God is a thought who makes crooked all that is straight.

But, not all of  Nietzsche’s “wise” sayings were as controversial.

These, though still somewhat bothersome, provide us with a powerful point of view.

a. Convictions are more dangerous foes of truth than lies.

b. The future influences the present just as much as the past.

c. Whoever despises himself nonetheless respects himself as one who despises.

d. We often refuse to accept an idea merely because the way in which it has been expressed is unsympathetic to us.

“A politician divides mankind into two classes: tools and enemies.”

e. Fear is the mother of morality.

f. The mother of excess is not joy but joylessness.

h. What is the mark of liberation? No longer being ashamed in front of oneself.

i. Talking much about oneself can also be a means to conceal oneself.

j. The most common lie is that which one tells himself; lying to others is relatively an exception.

God is dead AND God is love???

Many of Nietzsche’s aphorisms were a direct attack on the feel-good beliefs that people often have about themselves. If we leave emotions out of our interpretations of these quotes, we find that, more than anything else, Nietzsche seems to be asking us for honesty. Some of them can literally cause people to reverse their normal way of thinking. Take for example, his well-known statement, “God is dead.” That particular thought led to the philosophical view of Perspectivism. Perhaps, having this kind of impact is a true sign of a philosopher.

But, again, why seek wisdom in aphorisms? When coming across an exciting and/or interesting idea while reading, I will often not remember it or I will find it meritless when returning to it later. This is especially true when the idea is expressed using a large amount of words. If it isn’t too long and I make an effort to memorize it by rote, then sometimes, I’ll be able to re-capture some of the excitement from before. But, in order to really know it, I need to somehow make it a part of my thinking. For me, that involves getting the idea reduced to a manageable number of words which can then easily and naturally become part of my “recallable” memory. In other words, I need the words to express an idea that becomes a part of my everyday thinking and then can be put back into words whenever I wish to express them.

Aphorisms aren’t needed for this kind of memory! :-)

Aphorisms have traditionally been used as aids for making ideas become part of everyday thinking. Seeking wisdom in or through aphorisms helps us to remember and therefore, we are able to use the wisdom in the future.

In summary, here’s a quote from Cervantes that I think says it all! “An aphorism is the pithy packaging of deep wisdom. It is the consequence of a long process of analysis. It forces the reader to wrestle with it and to be creative with it.”

← When Is The Last Time You Spent Some Quality Time With You?
What Is This Thing Called Love? →