Old Or Young, Why Not Be Creative? 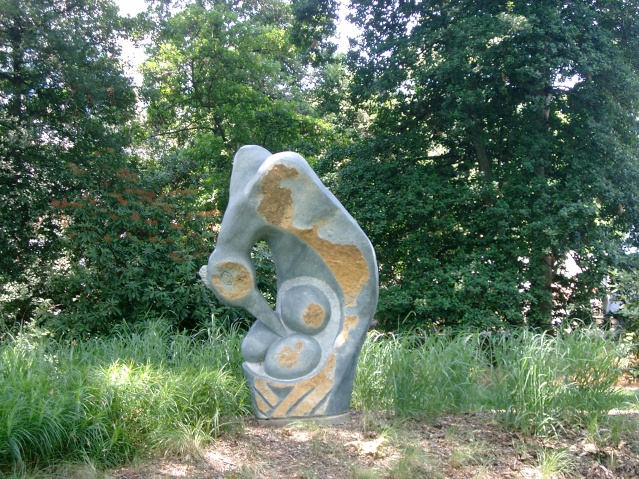 Are you of the opinion that the older we get, the less creative we are? Well, of course you wouldn’t hold that opinion if we start at birth and consider just the first few years. As a baby gets older, creativity gets better. Better and greater. But, then after awhile, many seem to reach a peak of creativity that is never surpassed. On the other hand, some of our greatest artists’ (i.e. Picasso and DaVinci) creative output increased in quantity and quality as they aged.

An older Leonardo DaVinci created this now famous “cartoon” of “The Virgin and Child with St. Anne and St. John the Baptist.”

What about the regular or everyday person’s creative mind? Do we, the everyday people, lose our ability to be creative as we age? I don’t think so, but I have encountered many who have low expectations for their creative output. Often, the older adult will proclaim that s/he can’t be creative because of age.

Society seems to expect older adults to be less creative. Consider the expectations of people who live in an older adult community such as a nursing home. Often times where older adults live are referred to as “assisted living” or “rest homes.” Now I realize that a person who is resting can also be creative, but I don’t think that’s what most assume to be true. Perhaps, instead of rest homes or assisted living, they should be called creative living homes. In other words, have the name imply the main focus/purpose of the living area.

But, is it a reasonable expectation for older adults to be creative thinkers? The National Center for Creative Aging states on their homepage that, “Creative expression is important for older people of all cultures and ethnic backgrounds, regardless of economic status, age, or level of physical, emotional, or cognitive functioning.” Psychologists, studying creativity, claim that people who are in their seventies can often produce more new ideas than when they were in their twenties. Another interesting aspect is that the later in life you start a creative endeavor, the more likely you are to continue into old age.

There are many different studies showing how creative thinking helps extend the quality of life. In China, for example, there have been studies showing that old people who are less educated have a higher rate of dementia and Alzheimer’s disease. A reasonable implication is that educated people who have been trained to use their minds, stimulate healthy brain activity. Analysis of brains using PET scans show an increase in blood flow to the brain during times of creative thought. There is also evidence that during creative thought, we have brain wave activity that is associated with the “Aha Experience.” When we use the creative part of our thinking, we have a better chance of solving our own problems, therefore allowing us to remain independent. This is a truly wonderful phenomena for those of us entering the later years of our lives. It provides a method of extending and maintaining our mental lives!

Can an old man teach an old dog new tricks?

I think if we want to live a life that is full of wisdom and creativity, then we should start with that as our expectation. From a personal point of view, I know that since the nineties, I have been conscious of trying to get my body to introduce more serotonin into its system in order to help maintain a healthy brain. It has been shown that during creative thinking, our brains generate more serotonin.

What do you think?

2 Comments on “Old Or Young, Why Not Be Creative?”