Have You Ever Studied The Relationship Between Quality And Quantity? 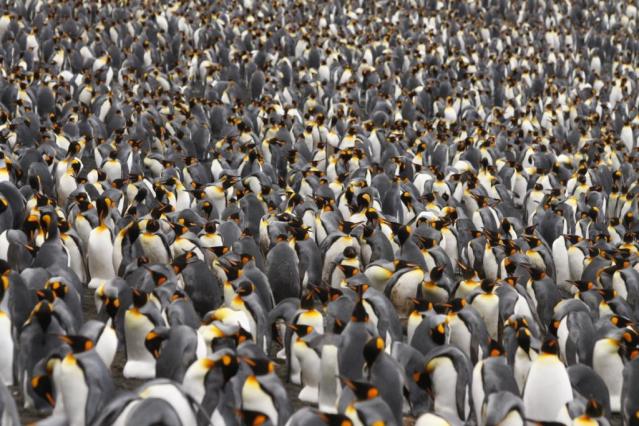 This waddle of penguins picture was taken on 12/30/2010, by my cousin, while he was on a trip to Antarctica. Do you think mathematical thinking helped him appreciate and enjoy this scene? Consider how your mind uses quantity and quality while viewing the picture.

Am I thinking mathematically?

Before I go any further with this, consider the following question. “What do we call the mental act of quantifying quality and qualifying quantity?” A confusing mess! :-) Yes, it might be confusing, but I believe it’s something you do everyday. What?? Let me explain.

Once, I asked a critical thinking expert (Richard Paul): “What is mathematics?” He responded by asking me what I thought it was? I responded by saying: “Mathematics is the logical study of shape, arrangement and quantity.” That was the definition of mathematics I had memorized and used since I was in college. He then said: “Well, your definition is fine, but is it what you think, or is it what someone else thinks and you are just using it?” I told him that I wasn’t really sure, since I had been using the definition for such a long time that it seemed to be a part of me. He then said: “I think mathematics involves both quantity and quality – put those two together and you have mathematics!” I said: “How about quantifying quality and qualifying quantity?” He said: “Sounds reasonable.”

Are you thinking about quality and quantity as you look at me?

That conversation has been in my mind for the past fourteen years. I think the, “quantifying quality and qualifying quantity,” description is a short and to-the-point way of viewing this thing we call math. Having stated that, I must admit that when I share this description of math with others, I often get a confused look for a response. I think it is such a different way of viewing mathematics that most find it lacking any concrete meaning. That doesn’t make it bad – it just makes it interesting.:-)

Ok, so where am I going with this? Well, recently, I was looking at some fun and interesting statistics. As I was reading through a list of statistical facts, the above description of math came to mind. You see, statistics is where I think we can see the “quantifying quality and qualifying quantity” vividly illustrated in our minds.

Let’s explore this view of mathematical thinking using the following statistical statement: “Although everyone knows how many divorces there are, only 12% of married people thought they would get divorced.” If we leave out the quantity words of “many” and “12%,” then we have the unquantified qualities of divorces and married people. If we leave out the quality words of “divorces” and “married,” we have the unqualified quantities of “many” and “12%.” When mathematical thinking is being used in real life situations, it’s difficult to separate the quantity and quality and still have a meaningful thought.

Look where I found quantifying quality and qualifying quantity!

Have you ever studied the relationship between quality and quantity? Answer yes, if you’ve ever studied mathematics. :-)

I will end this post with some fun and interesting statistics and let you mentally watch your mathematical thinking.

**The number of mobile phones eaten by dogs in the U.K. every year: 1 million

**Percentage of those who leave their spouses and then go on to marry the person they were having an affair with: 10

**Did you know that 3 billion people worldwide live on less than $2 a day?

**Percentage of divorced or separated Americans who believe marriage should be for life: 80

Five Americans are injured by shopping carts every hour!

**Number of calories you burn by kissing for one minute: 26

**Did you know that 3.7 million Americans claim to have been abducted by aliens?

**Five Americans are injured by shopping carts every hour.

**Percentage of third marriages that end in divorce: 90

**Number of people who could be provided with sources of clean drinking water per year for the cost of a submarine: 60 million

Did you know that women own only one percent of the world assets?

**Percentage of children born to cohabiting couples who will live with both parents until the age of at least 16: 36 (compares with 70 for the children of married couples)

**Number of miles driven by the average American car before it emits its own weight in carbon dioxide: 10,000

**Percentage by which you are more likely to get ill if you are in an unhappy marriage: 35

**Women own only one percent of the world assets.

← BUT, Can Changing Just One Word Make You Friendlier?
Can Depression Be A Positive Learning Experience? →