Who’s In Control Of Your Life? 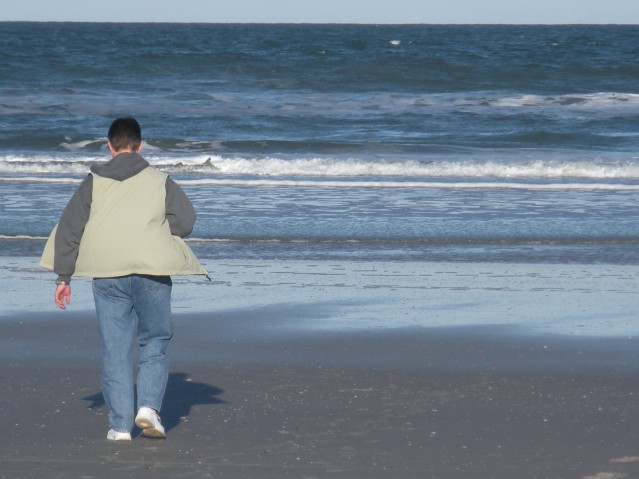 Who's in control of my life?

Who was in control of their lives?

If you still say to yourself that you aren’t in control of your life, then you have given the control to others. Why would you give control to others? Perhaps you didn’t give it away, but instead, it was taken from you. Or, maybe you were afraid of the responsibility you must assume in order to have control. It’s possible you were just perplexed over what to do with the power.

I know I haven’t come close to listing all of the reasons why a person might give-up control of her/his life. Sometimes, a person is just overwhelmed and allows someone else to take control. Another interesting way in which we can lose control of our lives is by giving too much of our time to others. If that happens, we end up with no time for our own lives. And, consider how many give-up control of their own life by following the dream of another. I was once told by a fellow teacher, who had been teaching for twenty years, that he didn’t like teaching and only became a teacher because his parents wanted him to.

I'm in control of this person!

No matter what the reason for your feelings regarding not having control over your life, ultimately, you are responsible for being “in control” of your life. If you think the mortgage company is in control, then you have sacrificed controlling your life for controlling your “stuff.” For example, if you buy cars, houses, entertainment, etc. that are more than you can afford, then paying the bills takes control of you life. Or, you might sacrifice your time to the point where your life is no longer yours. Ultimately, control of your life is yours to “give away.”

Perhaps, you are thinking about other lives while doing some creative thinking regarding their control. Maybe you’ve come up with some examples where you’re confident the people in them don’t have a choice regarding who controls their lives. For example, who controls a prisoner’s life. Well, a prisoner is controlled by the penal system. But, what part of the prisoner is controlled? Are the prisoner’s thoughts, choices, decisions, etc. controlled by the penal system? Generally, no! Excluding a few exceptions, prisoners have control over their lives – they just don’t have as much freedom as most who aren’t prisoners.

Really! So, I'm in control of my life?

Our society seems to put those who give their all on a pedestal. Especially celebrated are the people who give their all without any regard for the impact it has on themselves. Consider how many respect the person who does without sleep, exercise and food, – the basic needs we all have in order to thrive  – just to accomplish some temporary goal.

Studying for an academic test and driving a long distance for a vacation are two examples of how I have been given a lot of respect for doing without sleep, exercise and food. In the examples, I wanted to accomplish the goals of passing a test and arriving at the vacation destination. In both cases, with proper planning, I would not have had to do without sleep, exercise or food. I gave-up control of my life in order to accomplish goals and, in doing so, “the goal was in control.“ :-)

Imagine this car is your life. Who's driving?

The reasons we are not in control of our own lives are endless. I have had many reasons that I’ve used as justifications for not being in control, but usually, they were only excuses AND not reasons. In fact, most could be considered lies.

If you imagine your life as a car, then who’s driving your car? Isn’t it time for you to get in the driver’s seat and take control? When you’re driving then you can decide where you’re going. Why let someone or something else decide, when it’s your life?

Who is in control of your life?

← Can I NOT Imagine?
Does A Complex Problem’s Solution Require Creative Thinking? →

1 Comments on “Who’s In Control Of Your Life?”