How Can We Give Peace A Chance? 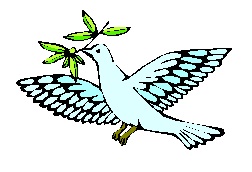 The Peaceful Dove Of Acceptance

Recently, I read a quote from Ariane de Bonvoisin about peace. She said, “On the other side of acceptance is where peace exists, where solutions are.” The quote was taken from her book, The First 30 Days: Your Guide to Making Any Change Easier. After reading the quote, I became curious about this concept called “peace” and what it really means to me. You see, on the surface, I think the opposite of peace is war. Now, I realize that if we don’t have war, we still might not have peace. On the other hand, if we consider absolute opposites, then I guess war does mean the absence of peace.

But, let’s think some more about peace. I suppose we cannot have peace without a great deal of acceptance. If acceptance is where peace exists, then wouldn’t we have to include change as a necessary part of peace. As people attempt to make peace, they must at least be willing to change their minds. Before we can change, we must have acceptance of current reality. And what is the opposite of acceptance? Well, of course, resistance.

Resistance stops change, peace, progress, and in general, growth. Think about it, don’t we see resistance at the root of all “un-peaceful” situations. Consider all of the “wars” we are involved in. Iraq and Afghanistan both have resistance as a reason why there isn’t peace in those two areas of the world. We sometimes call it insurgency, but it’s nothing more or less than resistance. If the “insurgents” wouldn’t resist we would have peace. How about the “war on drugs” or “the war on poverty?” Again, resistance plays a big role when considering the purpose for the wars. If there wasn’t resistance to avoiding drugs or “sharing the wealth” we would have “peace” on those two fronts.

So, how much power is there in “acceptance?” Before writing this, I never thought much about it. I remember using the old sixties/seventies  “song quote” from John Lennon, “give peace a chance.” I guess instead of acceptance, I focused on peace. “Just be peaceful,” was my answer to most “war-like” occurrences. Perhaps, if we consider that peace is on the other side of acceptance and focus on acceptance first, then peace will follow more easily.

Let’s Give Peace A Chance!

Let’s consider an everyday personal example. I remember when I first started teaching. I told everyone that I would only teach for a few years and then would leave to find a better paying job. I was resisting the job of teaching because I felt it didn’t pay enough. In fact, I remember being embarrassed that many who had graduated with me from college were making twice what I was making. I would often use a quote by Miguel de Cervantes from his novel, Don Quixote, “that which cost little is less valued.” I felt, as a teacher, I was not valued enough. After resisting the profession for a few years, I realized that though the pay was not comparable to those in other professions, there was more than pay that should be considered. Other than the pay, my “job satisfaction” was high. I came to an acceptance of the job of teaching. When I accepted it, I was at peace with the job and myself. And, when I gave peace a chance, I never considered any other job until I retired. The point is, acceptance came before peace.

So, if you want peace, don’t resist, but instead, look for acceptance. If you want acceptance, then appreciate and be present in the present!

← Does Can’t Mean You Don’t Want To?
Do You Agree With The Readers Digest’s “Quotes On Education?” →