R2 at the entrance of the oldest city in the US – St. Augustine, Florida. 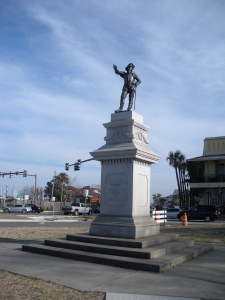 Juan Ponce De Leon discovered Florida near the location of St. Augustine in 1513. Did you know that he was less than 5 feet tall?

I recently was vacationing in what many consider to be the oldest city in the United States.  I’m referring to St. Augustine, Florida, which is 444 years old and was settled only sixty-nine years after Santo Domingo in today’s Dominican Republic, the oldest continuing European settlement in all of the New World. I knew before I arrived in St. Augustine that it was advertised as the oldest American city, but its long and storied history was generally unknown to me. 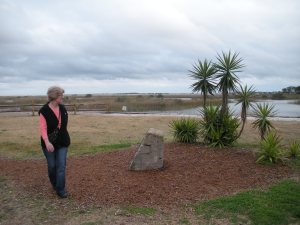 The current Fountain Of Youth Archaeological Park is where in 1565 Spanish Admiral Menendez established the first European colony in North America. It was here first and later moved back to the mainland, its current location.

I am not writing this post as a history lesson, but I will include some of the personal historical highlights that I found interesting.

St. Augustine was founded on September 8, 1565 by Pedro Menéndez de Avilés, a Spanish admiral and convoy captain of the treasure fleets in the mid-sixteenth century. Admiral Menéndez was appointed conqueror and commander of the colonization of the Spanish land known as “La Florida,” before the French Protestants (Huguenots) arrived in 1564 on what is now Jacksonville, Florida. Pedro Menéndez’s was charged with the responsibilities of expelling the French Huguenots, occupying La Florida and to Christianize the native inhabitants. Menéndez and his crew first arrived near today’s Cape Canaveral and then sailed north to an inlet the French called the River of Dolphins. He landed there and renamed the site St. Augustine, in honor of the great theologian, whose works and writings contributed significantly to the formation of Catholic Christianity more than 1,500 years ago. 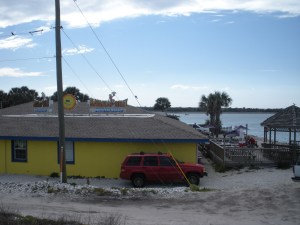 This inlet is now called Matanzas which means slaughters. Here is where the Spanish slaughtered the non-Catholic French soldiers.

As Menéndez and the Spanish were fighting with the French over La Florida, a hurricane hit the French fleet, causing them to be grounded south of St. Augustine near a wide inlet. Menéndez and his soldiers captured the surviving French at the inlet and executed all non-Catholics. This inlet is now called Matanzas which means slaughters.

St. Augustine survived many destructive attacks, fires and hurricanes for the next 100 years, in which it was always rebuilt while using wood for the building material. After a pirate attack in 1668, which resulted in the city being sacked, the Castillo, a great coquina (shellstone) fort was built to replace the last of nine wooden forts. It’s high, thick stone wall and numerous cannons stood as an impregnable and permanent fortress that remains today. 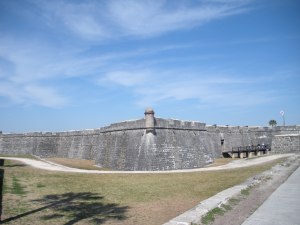 In 1668,the Castillo, a great coquina (shell-stone) fort was built to replace the last of nine wooden forts.

Besides the Castillo and the old entrance (pictured at top of post) to the city, there are a few houses/buildings that were constructed in the early eighteenth century with coquina that are still standing today. The history of St. Augustine is long and interesting. It has The Fountain of Youth, “discovered” by Ponce de Leon and Flagler College, named for Henry Flagler, a self-made millionaire, who with John D. Rockefeller founded the Standard Oil Company. Flagler, in the late nineteenth century, set about the task of building a great Gilded Age empire of hotels and railroads that extended from St. Augustine south to Key West, Florida. He employed the Spanish Colonial Revival as the architectural style for his huge hotels. The Ponce de Leon Hotel in the old city of St. Augustine stills stands today and functions as Flagler College.

St. Augustine has had a long life with historical significance. It has some beautiful architecture and an abundance of scenic beauty. There have been numerous famous people who have spent significant time in St. Augustine – personalities such as, Ponce de Leon, Pedro Menéndez de Avilés, Francis Drake and Henry Morrison Flagler. It was a continuously inhabited city for nearly three centuries before being acquired by the United States in 1821. 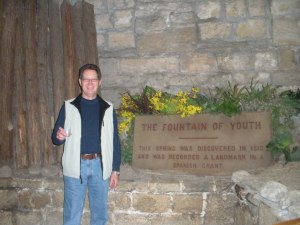 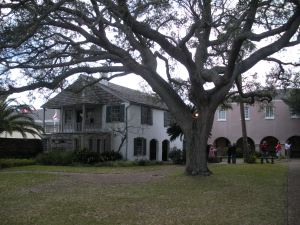 The Gonzalez-Alvarez House (The oldest house)!

Aviles Street, the oldest street named in honor of the birthplace of Pedro Menedez de Aviles (founder of St. Augustine) 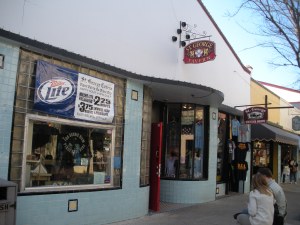 The oldest pub in the oldest city, but it didn’t have any old wine! :-)

← Is Stealing, Purloining, Filching, Lifting, Pinching Or Swiping Ever Justified?
“Retrospection!” Or “Why Reflect On Life?” →