“Should” You “Want” To Change? 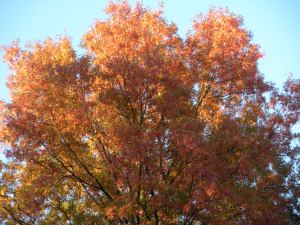 “Change” that is beautiful!

Let’s explore the last question in the previous paragraph. I know I often think that I, or someone else, should change. But, that’s not what I asked. I think it happens often, probably too much, that someone will say, or at least think, that another person should change. But, “should change” and “want to change” are two different things.

It’s easy to find reasons for why someone should change. Consider, for example, someone who is driving in an unsafe manner. If s/he continues to do so, lives could be in danger. That person should change her/his driving habits. But, what would make that person want to change? Uhmmmmmmm….???

You see, if a person changes because someone else thinks s/he should, then the change is the result of pressure and concern from outside themselves. Perhaps, a family member doesn’t approve what s/he is doing. Perhaps, it is a policeman that is demanding the change. The person may be changing because of fear of punishment. There are many possible outside reasons that might cause someone to think s/he should change.

I think when the change is due to outside pressure, there’s a good chance the change will vanish as soon as the outside pressure is gone. I know that when I was sixteen and driving with my step-father in the car, I drove in a very safe manner. But, when he wasn’t with me, my driving was not as safe. It wasn’t until I felt pressure, from within, to change into a safe driver, that I became a much more defensive and careful driver.

So, what caused me to change my driving habits? When I was seventeen and riding with an older brother of a friend of mine, I experienced a car ride that reawakened a memory that had been suppressed for over ten years.

You see, my father was killed in a car accident when I was five years old. My mom and I were in that same accident which caused her to be recuperating in the hospital for over three months. I had only minor cuts, but I did retain a “five year-old boy memory” of the tragic incident. 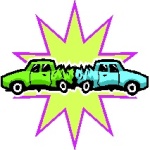 The memory of an accident made me want to change!

The memory of that tragic accident was suppressed, until the day I was riding with my friend’s older brother. During that ride, my friend’s brother was showing-off and we had a “close-call” that reminded me of the crash that killed my father. From that day on, I have been a defensive and careful driver. That was forty-six years ago. I wanted to change my driving habits as opposed to me, or someone else, thinking I should change.

I think this “process” that I went through, for wanting to change, can be applied in many situations by anyone.

(2) constantly view yourself as a changed person, and

(3) always proudly admit to yourself and others that you are that changed person.

Of course, you might fall back to your old ways now and then, but if and when you do, you will most likely feel uncomfortable in this unwanted behavior and soon seek the more comfortable path.

← “Are Disasters Opportunities” And “Is Nothing Free?”
Who Uses Stereotypes? →