When Death Is Present, How Can I Be Present In The Present? 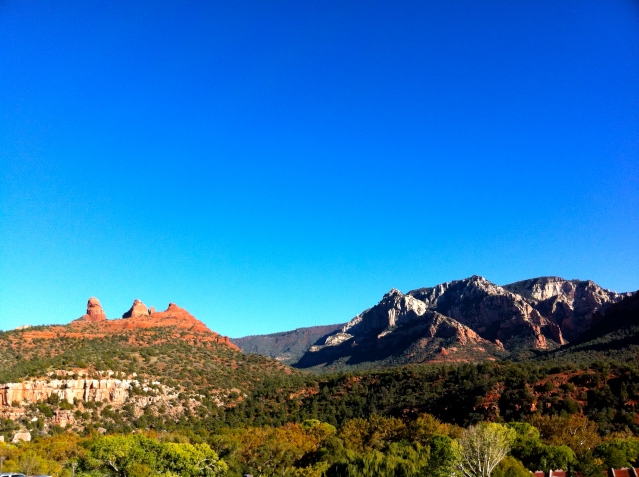 Death and "Present in the Present" seem to be contradictory! What do you think? :-)

Recently, I helped plan a “Celebration Of Life” for a friend who had died. Though her death wasn’t sudden – she had battled cancer for many years – I wasn’t prepared for the over-powering feeling that her death had on me. I found it difficult to concentrate on living in the present when her presence was no longer with us.

Though death is a fact of life, it is also the absence of a life that existed in the past. In that sense, while preparing for and participating in ceremonies/gatherings involving the deceased, there was, naturally, much focus on the past. Reflecting on the life of the person who died led me out of the present and into the past.

As I thought about the life and death of my friend, I also reflected on a similar time, four years ago, when my brother-in-law died. My sister held a Celebration Of Life for him a few months after he died and again, I helped plan it. For both of these special celebrations, I found myself much more reflective and philosophical about the past than I am normally. You see, I usually strive to live in the present and when doing so, I often find myself ignoring the past.

"If we were no longer here tomorrow, who would notice AND if someone noticed, what would s/he notice?"

I think living in the present and often times, ignoring the past, has become a defense mechanism for me. So, what am I defending? Well, many of the bad memories I have don’t hurt when they are ignored. Unfortunately, when I ignore the past, I not only ignore the bad things that have happened, but also the good things. For example, when I encounter a friend that I haven’t seen for many years, I’m usually unable to share many of the good times we had together. I think I simply have ignored them for so long that I have forgotten them. Ouch!

One of the prevailing thoughts that I had during both of the Life Celebrations was: “If I was no longer here tomorrow, who would notice AND if someone noticed, what would s/he notice?” Perhaps the best word to describe the feeling that dominated my thinking during that time was regret. Now, by regret, I mean a sense-of-loss and/or the feeling of sorrow and remorse for the loss of a friend, AND in this case, the friend was ME! I think this may be a natural feeling, and at least for me, it’s also a very difficult time to be present in the present. While I’m really not concerned about whether or not I’m noticed when I’m dead, regret still seemed to “sneak in the back-door” of my mind when my close friends died. Wait-a-minute! I wasn’t dead! So, why did I have a feeling of regret for me? This is perplexing and regretful, no pun intended.

For a present to yourself, be "present in the present."

I have often professed that the main purpose of this blog is writing for learning. As I write this post, I have an overwhelming feeling of having come much closer to what I really feel about death – mine and others. For the death of others, I think regret is natural and expected. But, for my own death, which hasn’t occurred yet, why regret? Aha! The only thing I’ve lost is the excitement and fulfillment of being present in the present. You see, by regretting my own death, which hasn’t occurred, I am not present in the present, but instead, present in the future – an impossibility.

May the memory of my dear deceased friends be eternal and may those of us that are living be present in the present!

1 Comments on “When Death Is Present, How Can I Be Present In The Present?”